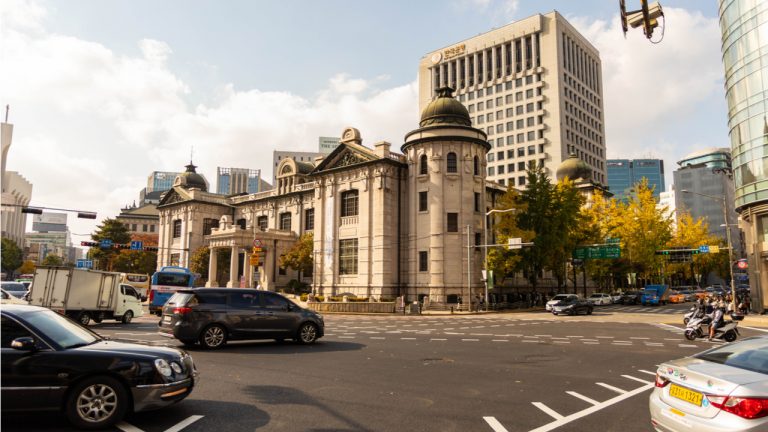 South Korea’s monetary policy regulator is taking steps to create its own digital coin. Bank of Korea is now looking for a technology provider to develop a test environment for the project. The news comes after major commercial banks expressed skepticism over their cooperation with domestic cryptocurrency exchanges.

Central Bank of Korea to Launch Pilot Platform for CBDC

The tech supplier will be chosen through an open bidding process, Bank of Korea (BOK) announced Monday. Its task will be to set up a pilot platform for the launch of the South Korean central bank digital currency (CBDC). A Reuters report notes that the bank’s plan to research the matter and conduct trials is the first step in that direction taken by Asia’s fourth-largest economy.

With the expansion of the cryptocurrency space providing an alternative to traditional finances, dozens of central banks around the world have set CBDC projects in motion. China has been developing its digital yuan, the Federal Reserve is working on digital dollar prototypes, Eurozone’s ECB is mulling whether to create a digital euro, and the Bank of Russia will present a digital ruble prototype this year. Speaking during a press briefing, a BOK official commented:

The share of cash transactions is decreasing significantly. The steps we are taking now are to prepare for the changes in the payment settlement system.

The Korean central bank further detailed that the test platform will facilitate simulations of commercial banks and retail outlets. The trials will also cover mobile phone payments, fund transferring, and deposit processing. The pilot program is scheduled to run between August and December this year, but a second phase may extend the testing.

While the Korean central bank is preparing to explore options to issue a state-controlled digital currency, decentralized cryptocurrencies have captured the attention of South Koreans. The local price of the leading cryptocurrency, BTC, reached a record high of around $72,000 this year, but market volatility has raised the regulator’s concerns. BOK recently stated its intentions to closely monitor crypto transactions through real-name accounts used by Korean traders.

Major banking institutions, however, have expressed skepticism over their cooperation with cryptocurrency exchanges. According to a report by the Korea Herald, financial groups such as Hana have decided not to issue real-name bank accounts for crypto trading. Others that have, like K Bank which allows accounts for crypto traders on Upbit, see little reason to continue to do so. A top Woori official, Woori being KB’s second-largest shareholder, was quoted by Yonhap saying:

Returns from alliance with crypto exchanges, mostly trading fees, are not much greater than risks stemming from possible money laundering issues and hacking attacks.

Upbit is among only four domestic crypto exchanges, along with Bithumb, Coinone, and Korbit, currently working with commercial banks to implement the real-name system. In April, Korea’s Financial Services Commission warned that around 200 coin trading platforms currently operating in the country could be should down under new regulations to be enforced in September. The registration of real-name accounts is one of the key requirements smaller crypto exchanges fail to meet.

What do you think about the Bank of Korea’s plan to develop digital currency? Share your thoughts on the project in the comments section below.