Reasons Why Your Relationships Fail Psychologically

Reasons Why Your Relationships Fail Psychologically

Reasons Why Your Relationships Fail Psychologically: There are numerous reasons why love relationships fail, ranging from financial insecurity to physical aggression.

However, if you're stuck in a cycle of failing relationships, there could be subtle psychological reasons.

Your chances of satisfying long-term relationships increase considerably if you learn to detect and overcome them.

1. You are frightened to ask for what you truly desire.

I hear all the wishes people have for their relationships but are reluctant to express:

I wish we could have had more sex. But saying something like that is strange. And I don't want him to feel sorry for himself.

We should get together more often as we used to when we were together.
Having more social time with my pals is a priority of mine. But he becomes insecure if I do something without him.

Yes, being direct and asking for what you want can be difficult, unpleasant, and frightening. But what are your options? Just sitting around expecting things to improve and your deepest desires and needs will be magically met?

Unfortunately, many people are taught to be too courteous, respectful, and considerate of other people's wishes and needs, to the point of ignoring their own.

And ignoring your own valid goals and needs regularly will leave you frustrated – possibly destroying the relationship.

This, like everything else, is challenging, but you can learn and grow with practice.

2. When you don't want something, you're afraid to say “no.”

The inverse of the initial point: if you can't say no to what you don't want, you'll be just as unhappy and resentful as if you don't ask for what you do want:

Can you refuse your partner's suggestion to grab burritos for the third time this week?

Can you say no when they desire sex, but you do not?

Can you say no when they want to take on a new job that demands an extra 30 hours per week?

Naturally, all healthy partnerships necessitate some level of compromise. But how healthy can your relationship be if you consistently compromise on everything – or on things that are a no-no for you?

Learning to say no means standing up for yourself and giving yourself the same consideration you give others.

How can you expect the relationship to be one-sided, toxic, and eventually fall apart if you can't do that?

3. You are not willing to set boundaries.

Setting appropriate limits is one thing. The problematic aspect is enforcing them:

You can claim you want your spouse to remember to take out the garbage on Tuesday nights, but what will you do if he doesn't?

You can claim you'd rather eat Thai food than Italian, but what's the point if you always cave and “just go with it” because they make such a fuss?

Healthy boundaries are essential for healthy partnerships. But here's the rub:

Boundaries are meaningless unless they are enforced.

And it gets worse: if you consistently set limits but don't enforce them, you teach your partner not to take your requests seriously, exacerbating the situation.

It may feel awkward, but it is critical to establish and enforce limits early and frequently in your relationship.

Because, despite our best efforts, teaching an old dog new tricks is difficult.

4. You rely on your partner to improve.

Partner A is insecure and self-conscious, whereas Partner B is overconfident and borderline narcissistic.

At first, everything appears acceptable: insecure partner A takes all of his doubts and anxieties to self-assured partner B, who straightens things out with unequivocal guarantees of all types.

But things swiftly derail: insecure partner A understands that confident assurances don't address the underlying insecurity. Meanwhile, Partner B, who is overconfident, learns to resent Partner A as “too needy” and “fragile.”

Chasms emerge resentments fester, trust evaporates, and the relationship eventually dies – sometimes with a boom, but more frequently with a protracted whimper.

It would help if you looked at your emotional well-being. Make it your responsibility, not your partner's.

Other people, of course, are crucial to our mental health and well-being.

However, if you enter a relationship based on keeping the other person happy, you set the foundation for relationship failure from the start.

5. You place too much emphasis on complementarity.

Opposite forces attract. Then they blow up.

It seems pleasant at first to be with someone different from you in significant ways since it feels like they are improving you by complimenting you:

Your gregarious friend makes it simple to accept invitations to parties.

Your organised business partner assists you in avoiding costly blunders.

Those compliments, however, quickly evolve into resentment:

He's a total bore. He never wants to leave the house or do anything.

It always tells me how I should feel and how ridiculous it is to be concerned.

She is incredibly strict and commanding. I feel like a school kid.

Although it may seem appealing at first to build a relationship on complementarity, doing so is frequently a formula for disappointment, alienation, and anger.

Here's another angle on the same idea:

Compatibility indicates that you can work together as a team since you have something in common.

Because, just like any other team, your similarities outnumber your differences.

Differences appeal when you choose to be in a relationship since they suit your psychological demands. 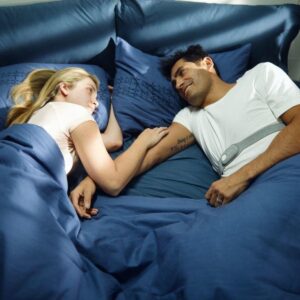 We'd all like to think that we're adults who can make good decisions based on good reasoning and facts.

However, we are all influenced by unconscious habits far more than we want to admit.

This holds especially true for the decisions we make in romantic partnerships:

Our relationships are significantly influenced by the ones we grew up with and saw regularly. This implies.

It's difficult to swim against the tide and pick a healthy relationship when instances of destructive partnerships surround you.

Rather than foolishly believing that you can control all of the social influences in your life, strive to alter the types of people and relationships you associate with so that these powerful unconscious models work for you rather than against you.

7. You have low emotional maturity standards.

I'm sure I've heard this story a hundred times:

But he was so attractive, amusing, and intelligent. How could I have known he had the emotional maturity of a 14-year-old?

The issue is that we assume that people's maturity levels are consistent across domains.

However, just because someone is mature in one area does not imply that he is equally mature in all areas, as you can probably tell if you think about it:

He could be older and more socially sophisticated than the frat lads you typically date, but does that mean he's emotionally mature and capable of admitting his mistakes?

She may be highly educated and intellectually mature, but does that mean she's emotionally mature enough to manage stress and failure well?

Your relationship will be unhappy if they are not emotionally developed, regardless of how educated, successful, or charming they are.

And, while being defensive of your partner during difficult conversations or avoiding discussing feelings may not seem like a significant concern when you're dating, I guarantee it will when you're raising children, trying to buy a house, or dealing with the loss of a career.

Refuse emotionally immature partners. Your future self will be grateful.

8. you spread rumours about your relationship

Trust is the foundation of all relationships.

Yes, it's a cliché, but it's a true cliché that we should all consider more seriously.

It's important to consider where you tend to lose trust in relationships.

And one of the most fundamental causes for lack of trust is something that appears to many people to be innocent and harmless: gossip about one's relationship with third parties.

Of course, this appears to be entirely normal:

You and your boyfriend are having a passionate dispute, so you go to the bar with your friends to let off some steam.

Your boyfriend says something hurtful and inappropriate, and you immediately phone your mother to complain.

You have difficulty conceiving, so you “process” your concerns and doubts with your best buddy.

This is not to argue that any of these things are necessarily harmful.

Maybe you need a new connection.

9. Your expectations of your mate are unrealistic.

Most people rush into long-term relationships without giving them much thought. As a result, individuals frequently end up with partners that are not appropriate for them.

This is understandably a difficult realisation.

They believe that if they only make the necessary effort and persuade their partner to do the same, everything will be fine.

Unfortunately, it is unlikely to be the case.

On the other hand, high expectations are one method for people to preserve the illusion of control over their relationships.

When you tell yourself that someone should act or look a specific way, you create the illusion of control and security.

But just because you want someone to act a certain way or your relationship to be a specific way doesn't mean it's attainable.

Unfortunately, things only get worse.

Unrealistic expectations not only do not make things better, but they frequently make an already poor situation worse by making individuals feel bad for not being who they are.

When people are expected to perform more than they can, everyone suffers.

This final portion will be brief and to the point:

How will you discover a mate who suits you if you don't know what suits you?

Values are the most critical aspects of our existence. They are our highest values, and they are what we strive for.

The issue is that many of us just inherited our values without considering whether they are appropriate.

The post Reasons Why Your Relationships Fail Psychologically appeared first on https://gqcentral.co.uk