What Is Causing Glaciers And Sea Ice To Melt 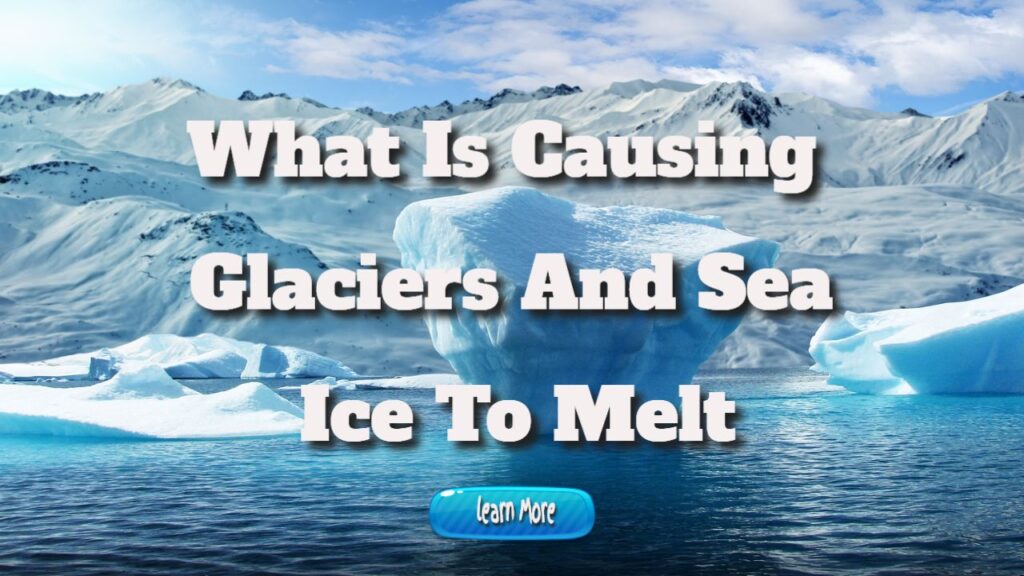 What Is Causing Glaciers and Sea Ice to Melt

Why are glaciers significant?

What Is Causing Glaciers And Sea Ice To Melt: Ice forms a protective shell over the Earth and its oceans. These dazzling white spots reflect excess heat into space, thereby cooling the Earth.

In principle, the Arctic stays colder than the equator because the ice reflects more of the sun's heat into space.

Depending on their location, glaciers can be hundreds or thousands of years old. Scientifically documenting how the climate has changed over time.

By analysing them, we can get a good idea of how quickly the Earth is heating up. They give scientists evidence of how the climate has evolved.

Glacial ice now covers around 10% of the Earth's land surface. Most of this is in Antarctica, while the others are trapped in Greenland's ice.

What's the distinction between sea ice and glaciers?

Only the ocean is responsible for the formation and melting of sea ice. Whereas glaciers form on land. Icebergs are glacier chunks that break off from glaciers and fall into the sea.

Instead, melting Arctic sea ice has many other disastrous implications, ranging from diminishing the amount of usable ice for walruses and polar bears to disrupting weather patterns worldwide by modifying the jet stream pattern.

What is causing glaciers to melt?

Since the early 1900s, several glaciers worldwide have been rapidly receding. Our actions have led to this result.

Since the Industrial Revolution, human-caused climate change—particularly the generation of carbon dioxide and other greenhouse gases—has caused global warming, which is more severe near the poles.

Scientists anticipate that if emissions continue unabated, summers in the Arctic may be ice-free by 2040 as ocean and air temperatures rise fast.

Does the melting of glaciers contribute to the overall increase in sea level?

Melting Greenland's ice would raise global sea levels by 20 feet, which is quite concerning. 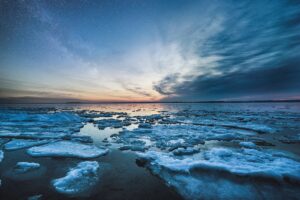 What effect do melting sea ice and glaciers have on weather patterns?

According to research, the polar vortex is becoming increasingly common outside of the Arctic due to changes in the jet stream produced by increased air and water temperatures in the Arctic and the Tropics.

How does the loss of sea ice and glaciers affect humans and other life forms?

What occurs in these regions has global ramifications. Sea ice and glacier melting, combined with warming waters, will continue to wreak havoc on weather patterns all over the planet.

Industries that rely on healthy fisheries may suffer as warming waters alter where and when fish breed.

As flooding gets more familiar and storms become more severe, coastal cities will continue to face billions in reconstruction expenditures.

It's not just human beings who suffer. Melting sea ice is forcing species like walruses and polar bears to relocate from the Arctic, increasing the likelihood of deadly encounters between the two.

The post What Is Causing Glaciers And Sea Ice To Melt appeared first on https://gqcentral.co.uk